Our client had been in discussions with a two-partner, commercial firm some twelve months prior to our involvement. Negotiations had broken down because our client thought that the sellers were being too ambitious, but the two firms had parted amicably.

We were engaged to help our client find firms to acquire in the North West, the strategic aims being to diversify from a niche practice base and to widen the geographical reach of the firm.

We were asked first to talk again to the firm they had met with the year before and to establish whether a deal might still be possible on sensible terms. The target firm was the creation of the two partners, and it amounted to them and them alone. Both were in their mid-to-late sixties. One wanted to retire as soon as possible and in any event within 6 months; the other was prepared to work for up to 18 months as a consultant.

The difficulty will be obvious – all clients were loyal to one or both of these two partners (there was almost no local/passing trade) and who could say whether the clients would stay with a new firm post-acquisition?

In that light, the seller’s demand for a goodwill payment of £250,000 seemed to us too high a price to pay for an uncertain revenue stream.

The target firm didn’t time record other than by notes on each file and had no idea as to the amount of WIP they were carrying. We thought that nonetheless, realisation of WIP and debtors and payment of ‘goodwill’ linked to such realisations offered the better way forward for our client, who would also need to invest in two senior fee earners to replace the retiring sellers.

Our deferred consideration offer was turned down by the sellers. They were not prepared to accept ‘payment in instalments’ or wait until they were approaching seventy for final payment, when they would have long since left the business. To the sellers’ credit they offered to accept half the goodwill payment they had initially asked for, but we couldn’t assure our client that any goodwill at all would accrue.

On advice our client walked away from the target a second time. In our view the partners in the target firm had left it very late indeed to start looking at a disposal – so late that they had little to offer a buyer. 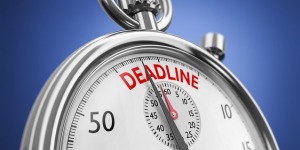